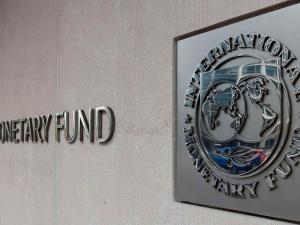 This comes after the country’s authorities and the IMF staff reached a staff-level agreement for an emergency financing through the fund’s new Food Shock Window of the Rapid Credit Facility (RCF) combined with a programme monitoring with board involvement (PMB).

The financing is subject to the IMF’s board approval in the coming weeks.
Upon approval by the executive board, South Sudan would have access to about $112.7 million, bringing the total outstanding fund credit under emergency financing instruments to South Sudan to $322 million or 100 per cent of its quota at the IMF.

The IMF staff team led by Niko Hobdari visited South Sudan from November 7 to November 17, 2022.
The team held discussions with the authorities on an existing staff-monitored programme (SMP) and on the authorities’ request for access to emergency financing through the new Food Shock Window to address urgent balance of payments needs.
It also discussed South Sudan’s request for a 9-month programme monitoring with board involvement (PMB).

In a statement released on Tuesday, IMF said the PMB involvement will support economic policies aimed at maintaining macroeconomic stability and debt sustainability in South Sudan.

“South Sudan’s request for emergency support is subject to approval by IMF management and the executive board in the coming weeks. Ahead of the executive board consideration of this request, the authorities will implement several reforms to strengthen governance and transparency,” said IMF.

The reforms include publishing budget execution reports, publishing the results of a stock take of South Sudan’s external debt, publishing the auditor-general’s report on the second RCF disbursement and starting to address its findings and recommendations as well as strengthening the process for contracting external debt and issuing sovereign guarantees.

“Going forward, it will be critical for the authorities to continue prudent fiscal and monetary policies and to consolidate and build on the first steps taken under the SMP to improve public financial management,” said IMF.

However, fiscal pressures have led to the temporary resumption of overdrafts from the central bank and a return to the use of oil advances to finance the budget during the final quarter of 2021/2022 fiscal year.

The rise in the money supply due to monetary financing triggered a significant depreciation of the exchange rate, which has compounded external price pressures in an economy that is heavily reliant on imported goods.

The combination of continued localised conflict, four consecutive years of severe flooding and the rising prices of staple commodities due to Russia’s war in Ukraine has increased the number of people experiencing severe food insecurity in South Sudan to an estimated 8.3 million in 2022 (over two-thirds of the population).

As a result, the authorities have committed to collaborate with trusted development partners to channel $20 million of the RCF disbursement to make use of their existing systems to provide immediate humanitarian assistance to help address food insecurity.
https://www.theeastafrican.co.ke/tea/business/south-sudan-to-get-usd112-...