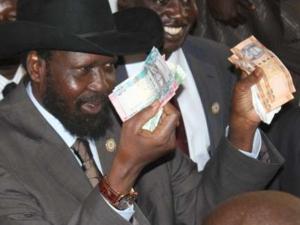 South Sudan has run out of foreign exchange reserves as oil revenues have plummeted, and it cannot stop its currency from sliding, a central bank official said.

Daniel Kech Pouch, the bank's deputy governor, said late Wednesday that the pound was depreciating sharply and there was little that monetary advisers could do to arrest its fall.

"(It) is difficult for us now at this moment to stop this rapid exchange rate (decline) because we don't have the reserve for us to intervene in the market," he told reporters.