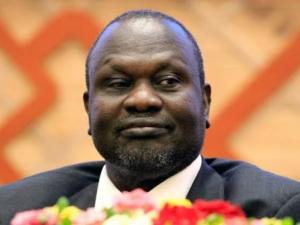 A senior South Sudan opposition official has said that the outstanding issues won’t be resolved by the latest deadline after failure of the parties to resolve the issues in 14 months.

The agreement provided for formation of a unity government in May 2019 but after a number of issues such as the security arrangements (formation of unified army, police and national security) and determination of the number and boundaries of states are resolved.

However, the parties couldn’t form the government in May because the issues were not resolved and another deadline ending yesterday was yet again extended to February 2020 to enable for the resolution of the pending issues.

In an exclusive interview with Nyamilepedia on Tuesday, SPLM-IO former Sobat state governor and senior member of the SPLM-IO National Liberation Council (NLC) Duer Tut Duer said he believes the parties won’t be able to resolve the issues by February because they haven’t do that in more than a year.

“In my opinion the pending issues couldn’t be resolved in 3 months and 10 days since the parties failed to resolve them in 14 months,” Duer said. “The obstacle is not the time or period given or resources allocated, but the major obstacle to the implementation is the absence of political will from the government.” Duer said.

The senior opposition figure also accused the government of hesitation to incorporate the agreement “in to the constitution because the Agreement stipulates the transitional justice and the transitional justice means compensation of the victims of atrocities, establishment of hybrid court to account the perpetrators for the crimes committed, knowing that, the perpetrators are the President Kiir and some of his current ministers and Generals, they are not willing to facilitate the enactment of laws which will cause them problems.”

“Salva Kiir is not for the abolition of the 32 States and return to 10 States because coming to 10 States means laying off 22 Governors together with their deputies and State ministers and their County Commissioners, as well as laying off of 22 Speakers, their deputies and the Members of States Assemblies, Salva Kiir believes all these politicians will form a very big political opposition against him to the benefit of Dr. Riek in addition to that, the beneficiaries of the 32 States in term of land, resources and positions will not continue supporting Salva.

“For these reasons I am not sure that Salva is going to implement or facilitate the implementation of the Agreement, his statement during his return to Juba is the evident when he said 100 days can be reduced or increased.”