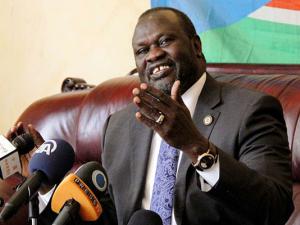 South Sudan’s main armed opposition group, SPLM-IO, has urged the regional bloc, IGAD, which mediated the 2018 peace agreement to release its leader Dr. Riek Machar from what it said is an “unjust” house arrest.

Machar, a central figure in South Sudan’s politics, has been under detention since late 2016 by the region in hope to limit his role in the ongoing conflict in the world’s youngest nation.

The agreement provided for the return of Machar to the First Vice-President position which he held prior to the collapse of the 2015 peace agreement in July 2016.

However, because the terms of that agreement were not in place, the parties decided during a May meeting in Addis Ababa to adjourn the formation of the unity government that would see Machar appointed to the position to deputize Kiir.

Based on that meeting, the new deadline for the government formation was set for tomorrow, November 12th 2019 which has now been adjourned again for February next.

In a statement welcoming the extension, the SPLM-IO director of information and public relations said the main armed opposition group wants the region to release Machar whose release has been an important aim for the group.

“[The SPLM-IO] call upon [the] IGAD to release H.E. Dr. Riek Machar Teny-Dhurgon from his unjust house confinement,” Baluang said in the statement which also urged the parties to commit to the implementation of the revitalized peace agreement.