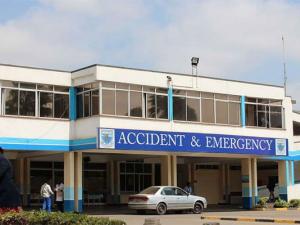 A student from China who arrived at the Jomo Kenyatta International Airport (JKIA) with coronavirus-like symptoms has been admitted at the Kenyatta National Hospital (KNH) isolation ward.

The Ministry of Health says it is currently investigating suspected case of the deadly virus.

The unnamed student, in his early 20s, arrived at JKIA with coronavirus-like symptoms was rushed to the hospital by the Ministry of Health at 9.30 this morning.

Speaking to the Daily Nation, KNH Communications Manager Hezekiel Gikambi said that when the student arrived at JKIA and was flagged by the infectious disease units at the airport.

“He was brought by the airport surveillance ambulance and is currently going through tests to rule out or confirm if he indeed has the disease,” he said.

More than 2,700 coronavirus cases have been confirmed, prompting countries around the world to shore up surveillance and screening at airports, especially for travellers arriving from Wuhan in China where the outbreak began in December 2019.

Symptoms include a running nose, coughing and a sore throat.

Infected persons may have headaches and maybe a fever, which can last for a couple of days.