Sudan crisis: US envoy heads to Sudan to call for halt to attacks on civilians 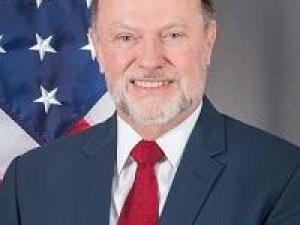 A top US diplomat will head to Sudan this week to urge an end to a bloody crackdown on protesters, Washington said Monday, as a nationwide civil disobedience campaign challenged the African country's ruling military council.

Tibor Nagy, the US assistant secretary of state for African affairs, plans to meet both members of the military leadership and protest leaders in Khartoum, the State Department said.

He is to leave on the trip on Wednesday and also visit Ethiopia to discuss the Sudan crisis with the regional power as well as the African Union.

"He will call for a cessation of attacks against civilians and urge parties to work toward creating an enabling environment" for talks to resume, the State Department statement said.

Nagy denounced the crackdown as "brutal" and warned Sudan that it needed to transition to a civilian-led government if it wants to improve relations with the United States.