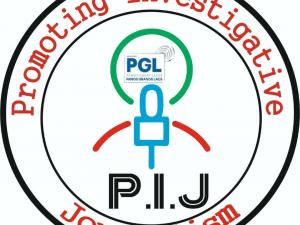 When you reach the Rusumo border, the biggest crossing point between Rwanda and its large eastern neighbor Tanzania, it is very likely that someone will confront you. At first encounter, they look like a genuine border official.

They will ask if you have a "ticket for security". Once the unsuspecting traveller agrees to continue the conversation, you will be told you need to buy a ticket for security. The costs range, usually between $10 and $100.

Targeted travellers who try to contest the fee will usually be delayed at border to a point when their vehicle is leaving, usually those using buses. Desperate to continue your journey, the victim will pay up quickly because when they refuse, their travel documents are confiscated until the bus leaves.

Since April 2016, the Rwandan and Tanzanian side of Rusumo border turned into one, operating from the same building. It is called one-stop border post. Rusumo is one of such border posts within the region meant to reduce delays.

An investigation conducted since September 2019, by Radio/TV Izuba a community broadcaster based in Ngoma district, into allegations of extortion at Rusumo border, led us straight to the person leading the ring.

Rusumo One Stop Border recorded a traffic volume of 55,884 trucks in 2016-2017, an average of 155 truck per day. While the clearance has reduced from four days before the one-stop border post started to operate to between half an hour to two hours in 2016-17.

In general, up to 80 percent of Rwanda's imports come via Dar es Salaam port, much of entering Rwanda through Rusumo.

As for human traffic, about 280,000 people  exited Rwanda using the Rusumo border for the whole of 2018, according to figures from the Rwanda Directorate General of Immigration and Emigration.

It means that on average; about 780 people went out using Rusumo border daily last year. For the fraudsters extorting money from travelers at this border, each one of these 780 is a target. But they do not go for all, they choose random unsuspecting travellers.

In addition, following the breakdown of relations between Rwanda and Uganda, and the issuance of travel warning by the former; Rwandans who really want to go to Uganda travel via Tanzania. It is more than double the distance, but many are willing to incur the cash expense and time.

At least three sources at Rusumo confirmed the existence of the money extortion ring at this border.

"Some people are asked to pay the money which they do and then return later to ask why they paid money which is illegal after finding the truth. It is then they find out they were conned," said one of the sources engaged in other activities at the Rusumo border.

Another also narrated that if a traveller appears as smart enough by asking a lot of questions about the fee, they will be let go. Perhaps, a tactic used by the conmen so that the issue is not taken too far.

According to travellers and border sources, this criminal network targets people from Rwanda going to Zambia since many use Tanzania as travel route. Another target group is those going to Dar es Salaam.

The criminals do not go for anyone, NO! They have a clear pattern of target people. The most common targets are travellers using Select and Matunda Express bus companies.

These buses operate various routes from Kigali, but are dominant players on the Kigali-Kirehe-Rusumo route. It is these two companies whose buses travel across into Kahama, inside Tanzania - also a transit point for those going to other regions of Tanzania, or on to Zambia.

Our sources say the ringleader of the extortion network is called Munyabarama Atukuzwe. He is a native of Kirehe district, which is where he operates and probably prints the tickets. Our reporters observed him at the border.

However, it is extremely difficult to get in touch with him. He is rarely at the border. He received our phone call, but then has since switched off the phone - the possibility being that he has gone low on realizing we were investigating him.

At the border, Munyabarama issues tickets to those who agree to pay the money. He does not have a known job at border like it would be with many others such as money-changers, shop owners, security personnel and others.

Considering the sensitive nature with which such a major border post operates, it is hard to believe he works alone. Even, the three sources we interviewed, said he does his activities in a manner that suggests he knows he is safe and may never be found.

The Rusumo border is directly under the Immigration and Emigration Directorate. Since it is located in Kirehe district, the authorities there should have active knowledge of a wide range of the goings-on there. At least, they are required to be well-versed with such a sensitive spot.

Kirehe district mayor Gerald Muzungu was on leave when we investigated the issue. His deputy, in charge of economic affairs, Nsengiyumva Jean Damascene, said the district is not aware of any such thing of people getting money from travelers at Rurumo border.

"It is the first time am hearing of anything like that," he said. "It is going to be investigated as a matter of priority. The culprit will be severely punished because such a problem gives bad image to a major border like ours as it is used by a lot of foreign visitors. It will be no more immediately."

The week we spent at the Rusumo border investigating the case, there was a noticeable beef up of security. We found out it was a routine security operation.

Though our reporters were not affected or asked any questions, the security presence meant we avoided taking pictures to avoid attracting attention.

Radio/TV Izuba based in Ngoma district