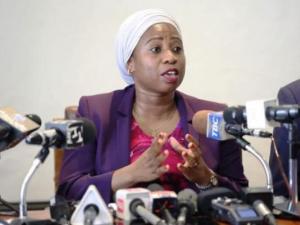 Tanzania has recorded 53 new Covid-19 cases raising the tally to 147, the health ministry has said.

Ms Mwalimu also said that the number of deaths had risen to 5.

“We are sad to announce that we have lost one patient to Covid- 19 raising number of death to five,” Ms Mwalimu told journalists.

She added that 127 patients are in stable condition while four others are in critical due to underlying health conditions.

11 people have recovered from the virus since the country reported its first case on March 16.

“I would like to remind citizens to stay focused and follow laid-down precautions to prevent further infections, including washing hands with water and soap, observing physical distancing and avoiding crowded places,” she added.

“Fellow Tanzanians, due to the pandemic, I urge to use these three days, from April 17 to April 19, to pray for God’s protection and healing,” the President tweeted on Thursday evening.

Some 560,912 people have recovered globally, according to Worldometer's count on Friday.