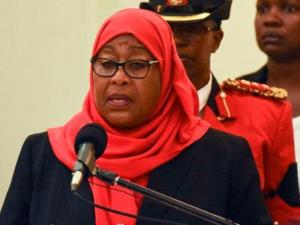 Kibaki died on April 22 aged 90. A requiem mass and state funeral procession will be held on April 29 in Nairobi and he will be buried on April 30 in his village in Othaya, Nyeri County, in central Kenya.

According to a statement from State House issued late Thursday, the Tanzanian flag will be flown at half-mast across the country and at diplomatic missions abroad on both days.

President Samia called on Tanzanians to show solidarity for their neighbours “during this difficult period”.

The president will not attend the funeral in Kenya, but will be represented by Vice President Philip Mpango.

In an earlier message of condolence, President Samia described the late Kibaki as “one of Africa’s finest sons and a dedicated public servant”.