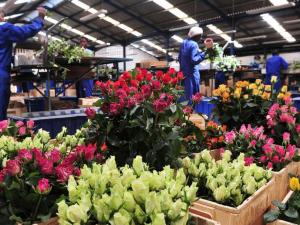 Tanzania is looking to protect its locally-made goods in the trade negotiations with Britain that are underway, senior government officials have told The EastAfrican.

Deputy Minister for Trade Stella Manyanya confirmed that the government is renegotiating its current bilateral trade relationship with Britain in the wake of Brexit.

Both Ms Manyanya and the Director of Trade Investments and Protection in the Ministry of Foreign Affairs and East African Cooperation Bernard Haule emphasised that Dodoma would not accept a deal that poses a danger to Tanzanian-made products.

"Our focus in the negotiations is more on areas that are most profitable to Tanzania first and foremost," Ms Manyanya told The EastAfrican.

Tanzania sold $60 million worth of goods to the UK in 2018, against imports of $170 million, as per the latest available trade data.

Dar es Salaam’s current stance is similar to its position in the stalled Economic Partnership Agreement (EPA) negotiations between the East African Community and the European Union.

Mr Haule, in a separate interview, said the ongoing talks between the two countries for a new post-Brexit dispensation are being conducted in line with the 2009 trade protocol signed by all EAC member states.

He is adamant that not all products from the UK will be allowed into Tanzania, under the Brexit trade pact.

"For example, our trade relations with Britain currently do not include products such as armaments, and that will continue to be the case under the Everything But Arms protocol," he said.

Tanzania's principal exports to Britain have traditionally been gold, coffee, cashew nuts, and cotton. Of these, gold is the most lucrative providing more than two-thirds of the country's earnings from trade with Britain in recent years.

Imports from the UK are dominated by industrial and agricultural machinery, mechanical appliances, equipment and parts, vehicles and pharmaceutical products.

Tanzania has remained lukewarm over the EAC/EU/EPA deal that has been on the table since long before Brexit happened.

The EPA, signed only by Kenya and Rwanda among EAC member states, is designed to give the bloc’s products total access to the European Union market while allowing 82.6 perc ent of imports from the EU into the regional market.

Tanzania’s late former president Benjamin Mkapa was vocal against the EPA negotiations, arguing that they would have serious implications on growth of the country’s industries.

President John Magufuli’s administration, which is pursuing a vigorous industrialisation agenda for Tanzania, has shown little desire to pursue the EPA talks despite EAC pressures.