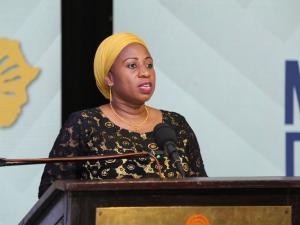 According to Health minister Ummy Mwalimu, while the World Health Organization (WHO) standard is demands one neurosurgeon for every 100,000 people, Tanzania – with a population of over 60 million – only has 16 specialists.

She was speaking last weekend during the first meeting of local students sponsored by the Mohammed Dewji Foundation.

Ms Mwalimu commended scholarship opportunities offered by the foundation, and asked Mr Dewji to increase the number of sponsorship slots, especially for the training of specialists.

“I would like to make a request which I hope will not affect what you are already doing. We are facing a challenge with regard an a acute shortage of neurosurgeons. If you fund the training of at least one or two, it would very helpful.

“Their studies are quite expensive, with tuition fees of up to $4,000 a year for four years,” Ms Mwalimu added.
On the government’s part, she said the plan was to increase the number of specialists to at least 50 come 2025, setting aside a budget of nearly Sh3 billion.

In response to the minister’s request, Mr Dewji said he would sponsor two medical students annually.

Speaking to students who are being sponsored by the foundation, Ms Mwalimu encouraged them to work hard, believe in their dreams, and turn challenges into opportunities.

“Use the digital technology and social media wisely. Using it for entertainment is good, but also use it to learn and get informed about the important things that would contribute to national development,” she said.

Mr Dewji remarked that having personal interest in the education system has always motivated him to support a job he has been doing since he was a member of Parliament.

“I was able to increase the number of secondary schools from two to 20 and later discovered that I can contribute more through my foundation,” he said.

According to him, to date the foundation has spent over Sh2 billion, and provided scholarships to 100 students.

He said the scholarships have been taking students from both Tanzania mainland and Zanzibar, and the plan in the next ten years is to raise the number of beneficiaries to 1, 000.