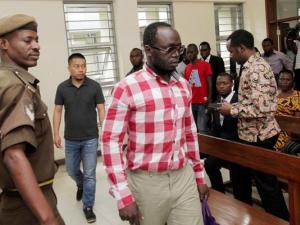 Mr Kabendera was released after pleading guilty to money laundering for which he was fined by the Kisutu Resident's Magistrate Court in Dar es Salaam on Monday.

His release follows plea bargain agreement he entered with the Director of Public Prosecutions in which a charge relating to involvement in organised crime was dropped.

Mr Kabendera was arrested late July after police said his citizenship was questionable.

He was later charged with money laundering, tax evasion and involvement in organised crime—all non-bailable offences.

His case has been adjourned several times.

Mr Kabendera has written for The EastAfrican and for several UK publications including The Guardian, The Independent, and The Times.