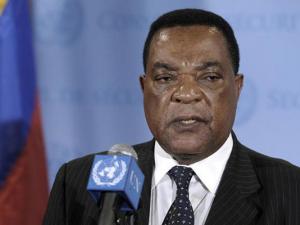 Tanzania's Minister for Justice and Constitutional Affairs Dr Augustine Mahiga has died at the age of 74, the Presidency announced on Friday.

Mahiga was pronounced dead on arrival at a hospital in the capital Dodoma after he fell ill at his home, President John Magufuli said in a statement.

In his condolence message, President Magufuli eulogised him as a hardworking diplomat who represented Tanzania on the international front with great determination.

Mahiga was a career diplomat who previously served as Tanzania’s deputy head of domestic intelligence before he became the country’s permanent representative at the United Nations.

He also served as the UN Secretary-General’s Special Representative for Somalia.

After his retirement, he joined the race for the Chama Cha Mapinduzi (CCM) presidential nomination ticket in 2015, which he lost to Dr Magufuli.

The President appointed him as the Minister of Foreign Affairs in his administration’s first Cabinet. He was transferred to the Ministry of Justice and Constitutional Affairs in a mini-reshuffle last year.