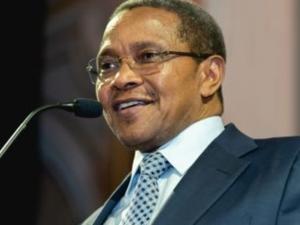 Mr Kikwete revealed this during a live televised interview by Clouds Media Group as the former Head of State celebrated his 72nd birthday at his residence in Msoga, Chalinze, Bagamoyo District. Among other things, he uncovered issues related to 1995 CCM primaries in which he lost to his closest opponent Benjamin Mkapa, who later became the third President of Tanzania.

“Although it was a bit late, I was still working on my budget speech, which involved a lot of work, but the most important thing was, how as finance minister, I would grow the country’s economy,” he recalled.

He added: “Mind you, that was a time most of our development partners had shied-away and President Mwinyi had tasked me to make sure, we woo them back. It was in the midst of such tasks that I receive a call that Mzee Mwinyi wanted to have a word with me.”

A graduate in economics from the University of Dar es Salaam, who immediately joined then Tanzania African National Union (Tanu) explained that he had no knowledge of the motive behind the call.
“When I went to see him, he was amazed to see that I was still at work at such hours (night). I told him that I was still compiling my budget speech. He then asked me when I was going to collect nomination forms. I responded by asking which ones?” Mr Kikwete, famous as referred to JK, recalled.

According to him, the former President posed a rhetorical question: “Don’t you know which forms people are collecting?”
Then, Mr Kikwete responded by posing a light question saying: “Are you referring to the presidential nomination forms?” He then went on to decline that he had no interest.

But, Mzee Mwinyi continued to persuade him saying: “Those without interest to a public office, are usually viewed as the best, and that he had discussed with one of the elders that I should pick the said forms, but honestly, he never convinced me, he also knew his words did not move me.”

Mr Kikwete’s response to Mzee Mwinyi did not change the fact that he was viewed as the favourite to win CCM delegates, and immediately after he had returned to his office, he was informed of Comrade Abdulrahman Kinana’s visit, then Defence minister.

“Since he had requested some stuff for his docket, I had already made some provisions, so I asked him if his visit was for the stuff, but he declined, then he asked me if I had gone to meet the President (Mzee Mwinyi),” he recalled.

According to him, his response was negative as he believed what he had spoken with Mzee Mwinyi was personal. “He then said it didn’t matter if I had met the President or not, and that I should seriously consider what I had been told.”

Early in the morning on the following day, the 45-year minister from Msoga Village received a group of senior members from CCM. They included Mr Samuel Sitta, Mr Edward Lowassa, and Mr Rostam Azziz.
“They also asked me to get into the presidential race, but I did inform them that I was not into it, in fact, I asked Mr Lowassa to pick the said forms because I was aware of his interest, but his response was that he would not pick them until I joined the race,” he said.

After a long debate, Mr Kikwete finally accepted, and since Mwalimu Julius Nyerere was in town (Dar es Salaam), they had to inform him before flying to Dodoma.
“When I lost to Mzee [Mkapa], my team was furious. I remember some suggested we defect from CCM, which I downplayed. Others thought of forming a new party, and Mama Anne Makinda said if the constitution had allowed private candidates, then that was their option,” he reacted.

The defeat made him realise he was going to be the president if the voting was not repeated, therefore he said: “I started developing interest, planning for things that I would tackle when I become the president. I saw myself as president material ready for 2005.”

Mr Kikwete was of the view that his reaction to the defeat gave him credit, although his team questioned him if he had some sort of agreement with Mkapa’s side. JK said there was nothing of that sort. His focus was to unite the party which at that juncture, was divided.
“Delegates of my team and the youth were not satisfied with the outcome. I had to say something that would unite the party. There were rumours that Mwalimu had told me that I was still young for the post. The truth is, he never told me such a thing, in fact; that was my own view,” he corrected.

According to him, he viewed himself with more chances ahead especially after Mzee Mkapa and that was why he immediately moved his focus to 2005, which he came to win.
When asked how he dealt with the nomination process in 2015 whereby, both his claimed ‘cousin’ Bernard Membe and his long-term friend Lowassa were contesting.

JK, who is also regarded as a staunch socialist, declined to have any blood relation with Mr Membe.
“Let me first clear the air, Mr Membe is not my relative. We don’t have any blood relationship. He is a Mwera, I’m Kwere. These are just politics. I came to know him later in life. So, we are not cousins. I’m not sure if we look alike, but we are not related,” Mr Kikwete clarified.

Commenting on the new constitution process which started during his term in office, Mr Kikwete reacted: “I did my part. We have the Proposed Draft. We never finished the process, so it is up to them to decide whether they are going for a referendum or starting afresh.”

Born on October 7, 1950 at Msoga in Bagamoyo District, Coast Region, JK went through formal education and upon completing university studies in 1975, he immediately landed a political post as regional party secretary in Singida.

Following the merger of Tanu and ASP in 1977, he was sent to Zanzibar, assigned the task of establishing the new organisation and administration of the Party in the islands.

In 1980, he was transferred to the headquarters as administrator and head of the Defence and Security Department. He was moved up-country yet again to the district and regional party offices in Tabora Region (1981–84), Singida Region (1986–88) and Masasi District (1988) and, thereafter, Nachingwea, Lindi and Mtwara respectively.

In 2005 he was elected to the highest office of the land where he completed a whole ten-year long term of presidency in 2015.
https://www.thecitizen.co.tz/tanzania/news/national/the-turning-point-in...