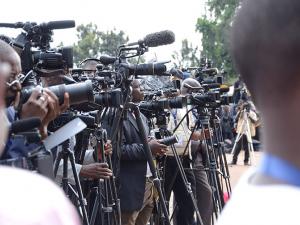 Telecommunications regulator, Uganda Communications Commission (UCC) has ordered for the immediate suspension of 39 producers, heads of programming and heads of news.

Although UCC has not specifically mentioned the particular programs that 'fell short of the broadcasting standards', sources at NBS TV, BBS TV and Salt TV have told The Observer that UCC’s anger arose out of the broadcasts about arrest and detention and the subsequent protests on Monday this week.

In separate letters sent to the different media houses by UCC executive director Godfrey Mutabazi, UCC claims it has observed misrepresentations information, views, facts and events in a manner likely to mislead or cause alarm to the public during live broadcasts and main news bulletins.

UCC further accuses the media houses of airing programs that have extremist or anarchic messages, including incitement of violence for political and/or other purposes and ”inciting public against other members of the public based on their political, religious, cultural and tribal affiliations which are likely to create public insecurity or violence.”

UCC says the accused media houses broadcast unbalanced, sensational and give prominence to specific individuals and/or groups of people. According to Mutabazi, this is in breach of the minimum broadcasting standards.