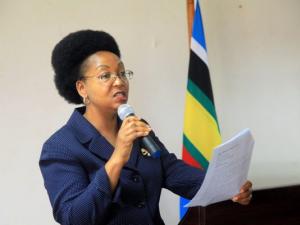 Civil servants in Uganda will have to wait unusually long to receive their July salaries, the government said on Wednesday, rattling sections of workers who blamed the administration for negligence.

In a letter sent to all ministries, departments, agencies and local governments, the Public Service Permanent Secretary Catherine Bitarakwate said that all public officers would this month not receive their salaries by 28th as per the Public Service Standing Orders.
“At the beginning of every financial year, this ministry issues a salary structure as a framework that guides the service on the amount of salary to be paid to each category of public officers in that financial year. Issuance of the salary structure for FY 2022/23 has been delayed,” she said in the letter.

Ms Bitarakwate added that the delay has then caused a spill-over effect on the timelines for processing and payment of salaries for the month of July 2022. The government financial year runs from July to June.
“By copy of this letter, commercial banks and other financial institutions are informed accordingly and requested to waive penalties on late loan repayments by the public officers,” she said.

The news has been received with scorn by civil servants, especially among teachers who make up the majority of employees in the government payroll.
Filbert Baguma, the General Secretary of the Uganda National Teachers Union (Unatu), told the Monitor that the situation should never have become an emergency because the government was fully aware of its obligation.
“Therefore, they should not bring plain excuses that they are working on a (payment) system when they knew that they were going to change the system,” he said.
https://www.theeastafrican.co.ke/tea/news/east-africa/uganda-delays-july...