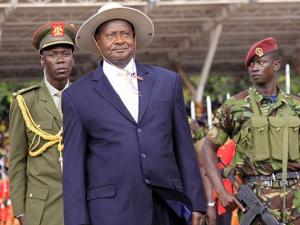 As 2021 draws near, so does a cloud of uncertainty over the type of election Uganda will have due to an absence of electoral reforms, lack of funding for the road map and an opposition locked in supremacy wars.

The Electoral Commission says a road map it launched at the end of last year still lacks funds and saw it miss several deadlines it had set.

Also, the Minister for Justice and Constitutional Affairs Kahinda Otafiire told Parliament last week that the government is not ready to table the much needed electoral reforms despite a deadline set by the Supreme Court expiring.

All this has created confusion over the scheduled election.

“Previous elections have had a weak legal and administrative framework and the consequences have been violence, corruption, tech-based manipulation of elections, unbalanced media coverage of political parties and candidates, use of state resources to run individual political campaigns among others,” said Crispy Kaheru, co-ordinator of Citizens Coalition for Electoral Democracy in Uganda (CCEDU).

“The 2021 elections may not be any different if we do not reinforce the existing legislative and administrative framework for conducting democratic elections,” he added.

While the government has been slow in taking critical steps necessary for a smooth election, the ruling National Resistance Movement (NRM) and its leader, President Yoweri Museveni have been consolidating their grip and planning ahead.

President Museveni, in power since 1986, appears set to seek re-election as the sole candidate of his ruling party.

He has already locked in “requests” and resolutions from two of his party’s top organs, the Central Executive Committee (CEC) and the NRM Caucus in Parliament to run as a sole candidate.

In the past few weeks President Museveni has also been touring and interacting with the military, one of the most critical institutions responsible for his long stay in power.

Analysts say the tours of army barracks are not coincidental after securing backing of the political wing, but rather a calculated move by President Museveni to gauge the pulse of one of the most critical institutions that has been central to his over 30 year-stay in power.

While the ruling NRM and President Museveni appear to have put the question of internal contestation for the presidency to rest and have even launched informal campaigns to promote a Museveni candidature, the opposition appears to be mired in controversy.

Norbert Mao, president-general of the Democratic Party says the attack on Dr Besigye is a tactical blunder on the part of the opposition.

Dr Besigye has stood and lost the past four elections and elements in the opposition want him to give way to others but he appears, together with his Forum for Democratic Change party, the only one with the wherewithal to still mount a major challenge against President Museveni.

Bobi Wine who has declared his intentions to stand in 2021 hopes to ride on a wave of popular support for his “People Power” slogan but researcher Patrick Wakida cautions that the support Bobi Wine has from music fans may not translate into political support.

“Bobi Wine has not tested whether the support he has is political or just entertainment based,” said Dr Wakida, adding, “Besides, he is not the first politician we have seen who has swept up a wave of support but soon disappears into oblivion, we had former Mayor Hajji Nasser Ntege Ssebagala.”

Mr Kaheru warns that an apparent reluctance by the government to prepare for elections or appearing to take for granted an order by the country’s Supreme Court to address the need for electoral reforms and an opposition in disarray could dampen any interest in voting.

Mr Wakida says trends from previous elections already point to growing voter apathy as the results are predictable. He said the players need to drum up excitement among voters to rally them to participate.