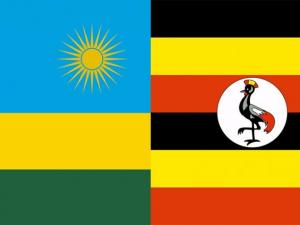 According to available information, the 35 Rwandans have been transferred to police stations in at least seven districts of Ntungamo, Mbarara, Kakumiro, Mubende, Kanungu, Kisoro and Mityana.

The lawyers, Eron Kiiza and Anthony Odur of Mugisha and Co. Advocates who represent several Rwandans illegally held in Uganda, had last week said that over 100 Rwandans were being held in CMI dungeons in different parts of the country.

“We are glad to announce that God finally answered our prayers and 35 Rwandans were produced by CMI after the pressure we put on them,” the lawyer revealed on Thursday,” the lawyers said in a statement Thursday.

The lawyers said that those released have been scattered across police stations in different districts, which makes it difficult for them and their relatives to track them.

“But we’re doing everything possible to link up with them wherever they are detained.”

Some of the Rwandans that have been located by the human rights lawyers include Rogers Mufashe, Vincent Habimana and Muhammed Sebukire, who have been transferred to Mbarara Police Station.

“What we want is for CMI to allow police do their job. If these people have crimes to answer, let police present them in court, instead of being detained illegally and tortured by CMI,” Odur said.

He added that although the 35 had been transferred by CMI to police, there are dozens of Rwandan nationals still in CMI Safe Houses and other military detention centres.

The lawyers added that they will continue providing legal services to the detainees, although it’s now bound to be tricky since they are detained at different police stations in various districts.

Odur however said they are coordinating with their fellow lawyers in the respective districts who have interacted with detainees and learnt that they were being compelled to confess to charges of illegal entry into Uganda.

The lawyers said that they are now left with no choice but to apply for habeas corpus order, such that court can force CMI to produce all the other Rwandans languishing in their various detentions.

The law firm had last week called for the immediate release of the over 100 Rwandans whom they had managed to establish were being held incommunicado at different CMI facilities.

Here, they are not being accessed by their lawyers, relatives or even the Rwandan High Commission in Uganda.

“CMI has a history of torturing detainees. All the clients we have been able to rescue form CMI complain of physical and psychological torture,” a statement from the law firm released last week reads in part.

They said that even the few who have been brought before courts, they have been charged in military courts, despite them being civilians.

“We urge CMI to let police do its work and hand over all the 100 Rwandan detainees to police which has gazetted detention centres and is legally empowered to investigate crimes,” they said in the statement.

The government of Rwanda has previously complained to their Ugandan counterparts over the harassment of Rwandans on the Ugandan territory.

This led to a travel advisory issued in March this year during which the government warned Rwandans against unnecessary travel to Uganda where their safety could not be guaranteed.

During a meeting held last month in Kigali between Rwandan and Ugandan officials, the former presented a list of grievances to their counterparts, which they asked should be addressed before a next meeting is to be held in Kampala.

The Kigali meeting, which was also attended by ministers from DR Congo and Angola in the two countries’ capacity as facilitators, was held under the auspices of the Memorandum of Understanding signed by Presidents Paul Kagame and Yoweri Museveni, in an effort to normalize relations.

The MoU was signed in Luanda, Angola in the presence of the heads of state from DR Congo, Congo Brazzaville and the host president.

Other grievances Rwanda has presented to Uganda include the continued support offered by the latter to negative forces with an aim of attacking Rwanda.

Several reports, including a report by the United Nations have accused Uganda of working very closely with Rwandan dissidents including Kayumba Nyamwasa’s Rwanda National Congress, in their campaign to distabilise Rwanda.

Several accounts, including confessions by terrorists captured in action either in Rwanda to neighbouring countries like DR Congo have since corroborated this where Uganda’s CMI has been championing the recruitment drive.