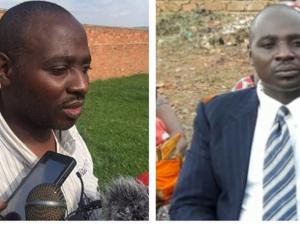 Justice Minister and Attorney General, Johnston Busingye, Wednesday told The New Times that he was closely following up on the Government’s formal request to Uganda to initiate criminal investigations into the death of a Rwandan man severely tortured by Ugandan security operatives before being deported and subsequently passing away.

In a September 11 letter addressed to Uganda’s Attorney General William Byaruhanga, Busingye said Silas Hategekimana,43, died as a result of alleged torture he was subjected to throughout his “illegal detention.”

On May 25, 2019, Hategekimana, was arrested by Ugandan state agents before he was dumped at the Kagitumba border on June 12.

A postmortem report on August 31 pointed to a “fractured rib and a lung abrasion”.

During his incarceration, the deceased was neither charged with any offence nor allowed legal counsel, consular or family access.

Right from his release the late Hategekimana experienced increasing pain and other complications and sought medical attention. His condition deteriorated until he died on August 31.

On Wednesday, Busingye said, he raised the matter again with his Ugandan counterpart, William Byaruhanga, who was in Kigali on Monday during the Rwanda-Uganda joint Ad hoc Commission meeting aimed at ending the ongoing impasse in relations between the two countries.

“He told me he had acted on it and had forwarded it to the institutions concerned and promised me that investigations will be done and he will give me feedback,” Busingye said.

“I gave him a lot of information; I sent him the postmortem report and gave him evidence that the deceased gave us before his passing on. And I told him I believe the Ugandan government has an obligation to account for this life. He agreed with me and told me he will make sure it happens.”

Busingye noted that even before the next Rwanda-Uganda Adhoc Commission meeting takes place in Kampala within the next 30 days, he will continue following up on the case.

“It is one thing I am following up on and their lawyers, because members of his family, almost every day, are asking me questions. Every single morning, the lawyers are sending me messages and they want to find out what is going on. I have an obligation to the family,” said the minister.

By press time Wednesday, The New Times had not received a comment from Byaruhanga.