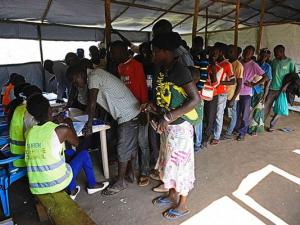 The Minister of Disaster Preparedness and Refugees, Mr Hilary Onek, has asked refugees from stable countries such as Rwanda, Burundi and South Sudan to return hom

Mr Hilary Onek, cited the three countries saying they are now stable. “Some countries have become politically stable; so refugees from there should go back and settle. Some of them keep going and coming back,” he said.

He made the remarks while addressing delegates at the Intergovernmental Authority on Development (Igad) high-level experts and ministerial meeting on jobs, livelihoods and self-reliance for refugees, returnees and host communities at Speke Resort Munyonyo in Kampala on Thursday.

Mr Onek also complained that some of the refugees, instead of reciprocating the hospitality afforded by the government and Ugandan hosts, had turned into enemies.

“Of late, some people have started quarrelling with us and yet we looked after them, we gave them opportunities, education and good accommodation. All of a sudden, they have become our enemies over nothing. We only ask God to deal with them because we have done nothing,” he added.

While the minister did not elaborate, Uganda and Rwanda are trying to resolve a longstanding dispute that has seen relations sour and trade hampered.

Kigali accuses Kampala of hosting rebels opposed to its government and subjecting Rwandan citizens to illegal arrests and torture. Kampala, on the other hand, accuses of Rwanda of acts of espionage and unfair trade practices.

There are about 130,000 Rwandans and 14,000 Burundians living in Uganda as refugees, according to government figures. South Sudanese refugees are about one million.

“As far as we know, there has been no change in (Uganda) government policy in hosting and continuing to receive refugees while there is always the hope that eventually refugees can and will return voluntarily when situations stabilise. Return must be voluntary,” she noted in reply to inquiries from Daily Monitor.

Uganda’s policy on refugees has been applauded globally as liberal because it gives refugees rights to acquire and own land, do business, study or get jobs.

Mr Mahboub Maalim, the Igad executive secretary, said the three-day meeting had made declarations to amend national policies and regulations on free movement of people and trade among member countries.

“We are using Uganda as a case on how hospitable they have been so that other countries can also do the same. We want countries to become more tolerant to their nationals and others through giving them equal rights with those of citizens,” Mr Maalim said.