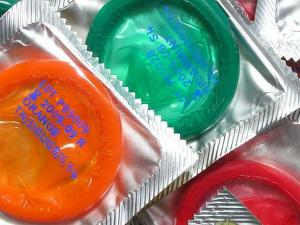 Uganda’s Minister for Health Dr Jane Ocero has now advised Ebola survivors to abstain from sex for at least a year to prevent their own reinfection or infection of their partners.

Dr Ocero is also calling for total abstinence in the basis of men’s inability to use condoms with consistency, yet the Ebola virus stay for long in their reproductive systems.
“You have to be very careful if you decide to use a condom please because you don’t want death in your house. However, the best thing is to protect your wife and protect all the other women. As I have told you, you may have your negative certificate, but somewhere there, it will be hidden,” she said.

Earlier in the week, Ugandan health experts had recommended abstinence to at least three months (90 days) saying it was a preventive measure to curb the spread of the disease.
“Before returning home, Ebola patients will have their blood tested in the laboratory to ensure the virus is no longer in their body. However, people who have recovered from the illness should not have sex for at least three months unless they use condoms,” the health ministry said.

However, the Uganda Virus Research Institute, Executive Director, Prof Pontiano Kaleebu, said that although Ebola is not considered a sexually transmitted infection, in some studies experts have found the virus in sperms after recovery.

What you need to know about Ebola

With the death toll of Ebola patients standing at 35 by Friday, President Yoweri Museveni has ruled out imposing a lockdown to contain the highly contagious disease saying that the government has the capacity to control the outbreak.
The first case of Ebola in Uganda was reported in Mubende District but other cases have since been reported in Kassanda, Kyegegwa and Kagadi Districts.

Presently, there is no licensed medication to prevent or treat Ebola, a haemorrhagic fever, although a range of experimental drugs are in development.
https://nairobinews.nation.africa/ugandan-health-minister-now-asks-ebola...