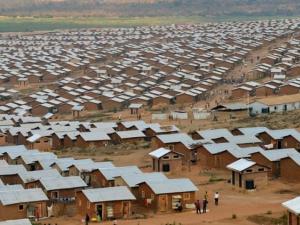 The UK Department for International Development (DFID) has provided £3 million (Rwf3.7bn) to the United Nations World Food Programme (WFP) to help improve the food security of over 60,000 Burundian refugees in Mahama Camp in Eastern Rwanda.

UK Aid money has helped to avert cuts in refugees’ rations and in reinstating cash-based transfers to all camp residents, according to a statement.

Cash enables refugees to purchase food of their choice at markets in or around the camp, improving their dietary diversity and supporting the local economy.

With DFID’s support, WFP can also continue providing highly fortified nutritious foods to the most vulnerable in Mahama to improve their nutritional status, according to the statement from the UK embassy.

These include children under two years of age, pregnant women and nursing mothers, as well as people living with HIV/AIDS and patients with tuberculosis who are on treatment.

Head of DFID Rwanda, Sarah Metcalf, said; ‘I am delighted that UK Aid has been able to help support the vital work of WFP on nutrition and protection for refugees in Rwanda’.

“This contribution enables WFP to continue to reach the most vulnerable women, girls, boys and men in Mahama with life-saving food and nutritional assistance,” Edith Heines, WFP Rwanda Representative and Country Director, is quoted in the statement as saying.