UK offers over 6 million USD to support Burundian and Congolese refugees in Tanzania. 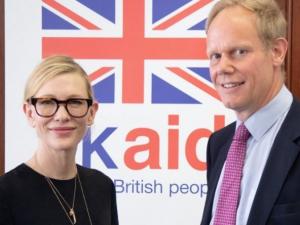 The United Kingdom has contributed US$ 6,385,696( around 20 billion BIF) to the UN refugee agency, UNHCR, in Tanzania to support more than 300,000 refugees and asylum-seekers hosted in the country’s north-western region of Kigoma, the agency said in a statement on Monday.

Refugees in Tanzania have been reported as under-funded due to the scarcity of donors, thus this refugees crisis let it to itself. UNHCR had been calling for more funds to tackle this issue of refugees in neighboring countries. Foodstuffs supplied to refugees had been cut short due to the lack of sufficient aid to refugees.

The statement, reported by the Herald, issued by the United Nations High Commissioner for Refugees (UNHCR) in Tanzania’s commercial capital, Dar es Salaam, said the donation will help ensure continued access to much-needed health, education and other services for Burundian and Congolese refugees and asylum-seekers.

“The funds will also be used to provide access to alternative energy sources and to support environmental initiatives in the refugee-hosting region,” the statement said. “This additional funding from the UK government represents part of our ongoing commitment to supporting the government of Tanzania host refugees seeking refuge due to instability in neighboring countries,” said Beth Arthy, head of the British government’s Department for International Development (DFID) in Tanzania.

“Alongside this support, we continue to invest significantly in Kigoma region, supporting host community schools, infrastructure and the development of businesses in the region, as well as supporting refugees reintegrate back into Burundi should they choose to return,” she said.

Chansa Kapaya, UNHCR’s representative in Tanzania, praised the British government’s collaboration with the UNHCR. “The allocated funds will greatly support UNHCR’s effort in responding to protection and basic needs of 300,000 refugee and asylum-seekers in Tanzania in 2019,” Kapaya said.

Tanzania hosts more than 300,000 refugees and other persons of concern in three refugee camps in the Kigoma region, such as Nduta, Nyarugusu, and Mtendeli.

Most of the Burundian refugees living in Tanzania North-West fled Burundi in the wake of the uprising which started in early in 2015 when Burundi Head of States announced his bid to run for another term to rule Burundi.

About 74 percent of the refugees are from Burundi( around 200 000) and 26 percent are from the Democratic Republic of Congo and other countries(around 100 000).

It should be remembered that the UNHCR figures of outside Burundian refugees are not agreed upon between Burundian governement and UNHCR. Burundi rejects these figures, only saying that since voluntary repatriation is underway, figures are decreasing.