Umushyikirano 2019: Setting the Momentum for Agenda 2050 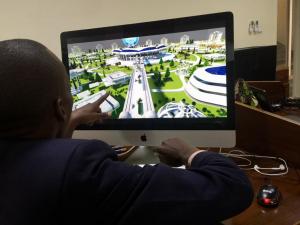 As the 17th National Umushyikirano Council opens this morning, focus is going to be towards reviewing the achievements registered under Vision 2020 but more importantly the national dialogue will be used as a platform to set the momentum for the much bigger and comprehensive Vision 2050.

Rwanda’s Vision 2050 encompasses the country’s high ambitions for future socio-economic development and prosperity by scaling up different sectors of the economy such as infrastructure, human capital development, exports, well-planned urban development and agriculture modernization among other things.

The Vision 2050 sets a target of achieving upper-middle income status by 2035 and high-income status by 2050, through a holistic approach to development that cuts across all sectors –from boosting regional integration to building accountable institutions and growing exports and businesses as drivers of growth.

According to the Minister of Cabinet Affairs Solange Kayisire, at least 2, 000 people including government officials, legislators, and local government officials, representatives of faith-based organizations, civil society, and diplomatic corps are expected at KCC while hundreds are going to participate directly from remote sites.

“We have at least 300 youth at Intare Arena, hundreds more at site in Nyagatare district in Eastern Province, Nyamagabe in Southern Province, Burera in Northern Province and Bweyeye in Rusizi district, Western Province where people will be following and participating directly,”

“We also expect people to call in or use social media and text messages to contribute to discussions. We expect this national dialogue to be the most interactive we have had,” Kayisire said, urging participants to use the platform to raise issues of public and national interest instead of individual issues.

“While it is understandable and important to bring up a personal pressing problem whenever you get an opportunity, let us all understand that Umushyikirano is a platform to discuss issues of national importance. Let us all stick to that as we participate,” Kayisire urged.

Minister Kayisire said that two key topics will dominate discussions. Today the main topic will be “driving double digit growth” during which participants will discuss how Rwanda can achieve a 10 percent growth rate going forward.

“As we shift focus to Vision 2050, we want to see how Rwanda can move from current 8 per cent economic growth rate to a double digit, 10 per cent upwards. What needs to be done?”

“On day two, the key topic will be engaging families for community resilience. How can we build strong families that support the country’s development ambitions? When we say that we want to achieve certain levels of economic growth, we know it starts with strong and stable families,” Kayisire said.

The Minister says that the government recognizes that strong and stable families are a bedrock of economic growth and a peaceful nation, which is why the topic will be given priority during the national dialogue which opens today.

President Paul Kagame is expected to deliver a state of the nation address at the opening ceremony this morning while the Prime Minister Dr Edouard Ngirente will deliver a progress report on the implementation of resolutions from last year’s Umushyikirano.

Rwandans in and out of Rwanda have been urged to actively participate and contribute to the conversations.